As you’d imagine, most weddings in the UK take place during Spring, Summer & Autumn, with a steady trickle keeping us going through the Winter months. You have to be pretty hardy and an eternal optimist to schedule a Winter wedding, given that most Brides and Bridesmaids will still want their fairy tale dresses, and want to show them off rather than cover them up with coats!

In our short time in business we’ve been hired on quite a few cold Winter days, and fortunately Betty’s heater is a good one! Last week though, was the first time we’ve been involved with a wedding in the snow! And it was freezing cold too, thanks to the Beast from the East! 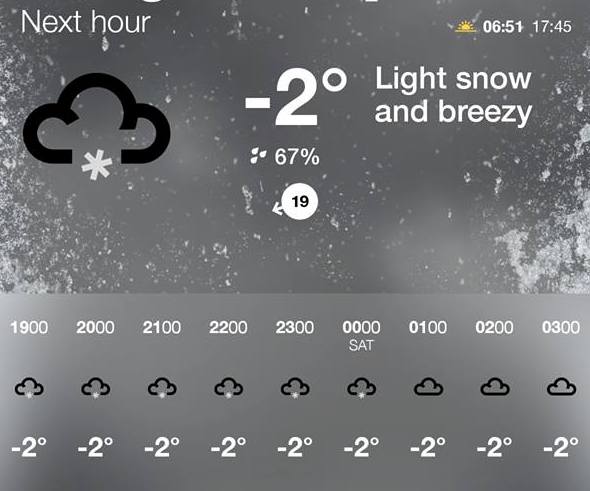 We were hired to take the Mother of the Bride and Bridesmaids to the venue only, and in the days leading up to the wedding day, a rather nervous MOB was in frequent contact asking how Betty was in the snow (we didn’t know), and should we leave earlier than planned etc. The pick up address was on a road which was still covered in snow and ice, and as it was not too far away, I drove up there to see for myself and it was definitely very slippery.

I didn’t go up in Betty as she’s been valeted and prepared for the big day, so it was still going to be guess work as to how she would cope in those conditions. I felt pretty confident she would be ok though.

Come the wedding day and conditions hadn’t worsened, which according to the forecast had been a possibility! Betty was duly dressed in her ribbons, which being pink, certainly added a touch of colour to the wintry scene.

I arrived a bit early at the pick up road, and had the opportunity to test Betty stopping and starting in the icy snow. I decided that I’d find a bit of clear road surface close to the house if I could which would at least let us get away!

With the MOB and Bridesmaids on board, we steadily made it off that road and from there on the roads were pretty clear of snow and ice, so we had no dramas, thankfully. We got to Colwick Hall Hotel, the wedding venue, in very good time, after which we left and let them get on with their special day – in the warm!

For information about Betty and our services, please visit www.whitetaxiweddings.com