We’re happy to say that so far, the weddings we’ve been involved in have been mostly drama free, apart from the odd split seam on the day, requiring emergency needlework, or a bit of family politics doing their best to spoil a couple’s day.

In their respective ways, these two weddings, each had something out of the ordinary which could easily have rocked the boat.

Our first couple were the lovely Victoria and Tom. We were hired to make three journeys to Our Lady of Perpetual Succour Church in Nottingham, with Bridesmaids and then the Bride herself and her Parents. This was to be followed by taking the married couple on to their reception at the glorious Pumping Station at Ollerton.

Our normal practice is to do a dummy run of the route a couple of weeks or so before the date to check timings and identify any potential problems on the day. However,  a few weeks before the date, a concerned bride contacted us to say that her route to the reception was on the road and at the exact time that the Tour of Britain bike race would be on that route, and that road and possible alternative side roads, would be closed on a rolling road block for up to an hour.

After doing considerable research, we couldn’t see a viable option that didn’t involve going miles out of our way and possibly taking as much time as getting caught in the roadblock itself would, so the couple decided to bring their ceremony time forward as much as the Church would allow, and then preparing  to make a quick getaway from the Church to get to the venue.

On the day, hearts were in mouths and fingers were crossed, but the actions taken did the trick and we got through just before the riders got there, much to everybody’s relief!

This was our first wedding at this fabulous venue and it really is something special.

It was formerly a water pumping station and is now a dedicated wedding and events venue situated on the edge of Sherwood Forest, and we’re looking forward to being involved in more weddings there.

Our next bit of drama involved the wedding of the lovely Kev & Maria. On the face of it, it was straightforward, as our role was to take the groom and his Mum and Groomsmen to the ceremony venue at Mapperley Farm near Ilkeston, and then take the married couple on to their reception at a different part of the farm.

We arrived at the pick up address to collect the group, only to find a rather upset Groom, who the previous evening had fallen on his face and done some superficial facial damage, but more serious damage to his teeth. We can all only imagine how we would have felt in his situation, the night before his marriage. At this point the Bride was unaware of the drama! 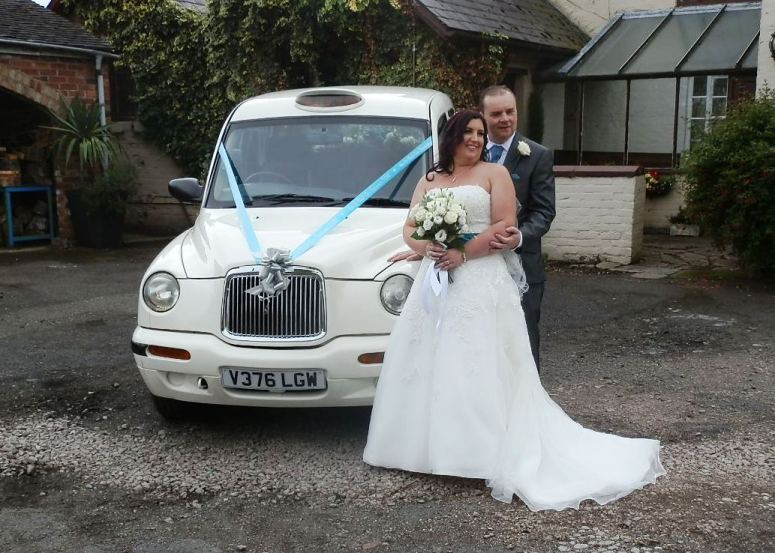 We get to see some diverse venues and this too was a new one for us, It’s still a working farm which has converted a barn for wedding ceremonies, and also has accommodation in the Farmhouse for now, but with plans to convert further barns to add even more rooms.

Their reception was just a short drive away in a marquee on the farm, but we took them to nearby Shipley Park for some time out on their own before they rejoined the throng for the rest of their special day.

*The title of this post was thought of before hearing the news today of the passing of the great comedy writer, and presenter of the TV programme with the same title as the post, Denis Norden. RIP Denis.

For more information about our services, please click here